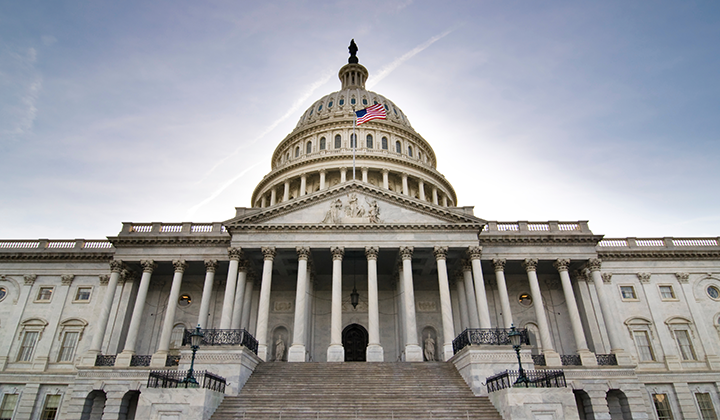 On Nov. 15, 2021, President Joe Biden signed into law the Infrastructure Investment and Jobs Act, a more than $1 trillion bill that mandates the most extensive upgrade of US roads, highways and transportation infrastructure in a generation.

The law includes $550 billion in new spending which will be used to overhaul the country’s public works system, creating thousands of jobs, prioritizing larger, more strategic long-term overhauls of infrastructure over temporary stopgap repairs. This law also necessitates that construction companies possess more rigorous technological capabilities. Is your team ready? Talk with us to find out.

All that amounts to the largest investment in reconstructing and repairing American bridges since the interstate highway system was first constructed. According to the White House, 173,000 miles of U.S. roads and 45,000 bridges urgently need maintenance, including not only major bridges but thousands of smaller ones.

American Road & Transportation Builders Association CEO Dave Bauer called the legislation “the most significant measure in more than 50 years to meaningfully address the condition and performance of the U.S. transportation network.”

The best way to prepare and adapt to the bill is by installing the right IT infrastructure for your construction company to ensure your operations are up to the tasks ahead.

Can your current IT tackle the coming infrastructure boom?

Schedule a time to talk. We can help.

What exactly is in the Infrastructure Investment and Jobs Act?

The Infrastructure Investment and Jobs Act (IIJA) is expansive. It includes $110 billion for roads and bridges, including $40 billion for immediate bridge repairs and replacements; $66 billion for Amtrak expansion and improvements; $65 billion to rebuild the electric grid; another $65 billion for broadband internet expansion; and $55 billion to upgrade water systems, $15 billion of which will be dedicated to replacing lead pipes.

When will construction start seeing the impact from the bill?

Work has already begun on some of the IIJA’s initiatives. States have already received funds for water infrastructure improvements and lead pipe removal, for instance. But don’t expect shovels to hit the ground all at once. Most of the funds won’t be dispersed for quite a while.

Most of the funding will be disbursed annually in set amounts over the next five to 10 years, according to a Brookings Institution analysis of the bill. “Remember, IIJA isn’t a stimulus bill; it’s not a singular response to a specific economic crisis,” Brookings wrote in its analysis. “IIJA represents a longer-term patient approach to rebuilding American competitiveness through infrastructure.”

For many projects, the federal government will allocate funds to states, which will have discretion as to how they dole out money to cities, towns and municipalities. State and local government agencies will be responsible for carrying out most of the projects. The impact of this funding will be felt for at least a decade to come.

The infrastructure bill will drive union and minority jobs

Touting the IIJA, President Biden said the bill will “drive the creation of good-paying union jobs.” Existing federal Disadvantaged Business Enterprise programs will ensure that some of the funds will be awarded to businesses led by people of color and women.

The IIJA also establishes a Minority Business Development Agency within the Department of Commerce to help eligible disadvantaged businesses gain access to capital, contracts and grants, and requires government agencies to prioritize high labor standards when allocating the work. Labor leaders expect project labor agreements to become more common under the IIJA, though not specifically mandated under the act.

The IIJA will also strengthen requirements that iron and steel qualify as being produced in America.

The IIJA will likely change the very way that construction companies operate. The bill has allocated $100 million (in allotments of $20 million per year over the next half decade) for advanced digital construction management systems and similar technologies.

According to the text of the IIJA, the program’s aims are to:

The hope, in other words, is that by adopting standardized or interoperable digital tools, construction companies can reduce project delays and errors while completing projects quicker and more cost-effectively.

The IIJA’s language doesn’t specify which programs and tools this will include, but construction industry leaders expect considerable funding to flow to construction management tools, 3D modeling technologies, visual-based inspection technologies and electronic ticketing systems as well as drones.

All this funding represents a massive investment in the systems that construction companies will be using for years to come, both through jobs directly connected to the IIJA as well as unrelated jobs.

What technologies will construction companies need?

Given the trend of government agencies requiring contractors to meet strict technological standards and requirements, it’s expected that rigid technology and process measures will be a requirement of construction contracts funded by the IIJA.

That means that companies hoping to land these contracts will need to have implemented modern technologies and workflows.

Among the areas that construction companies should focus on are cloud-based construction operation and accounting software that enable real-time reporting, cybersecurity protections, building information modeling, digital documentation and drawing management (if you haven’t gone paperless, now is the time) and real-time health and safety tracking. Implementing mobile technologies can also help companies gather data and increase collaboration in the field.

Make sure your company’s IT infrastructure is ready

IT has always been important to your construction company’s operations, but with so much money set to flow to companies that have the most current and seamless IT infrastructures in place, it’s more important now than ever.

Cortavo has spent years offering worry-free and all-inclusive managed IT to construction companies, so we understand the unique and ever-evolving needs of the industry.

If you would like to learn more about how Cortavo can help you prepare for the opportunities that lie ahead, call us at (866) 267-8286 or schedule a chat with us using the form below.

Key Tech Tips to Improve Productivity Within Your Construction Company

Back in 2017, the McKinsey Global Institute issued a report about the construction industry that put into stark relief just how deep the industry’s...

On Nov. 15, 2021, President Joe Biden signed into law the Infrastructure Investment and Jobs Act, a more than $1 trillion bill that mandates the most...

Tech Tailored for the Construction Industry

Technology has changed daily operations in every industry, and the construction industry is no exception.